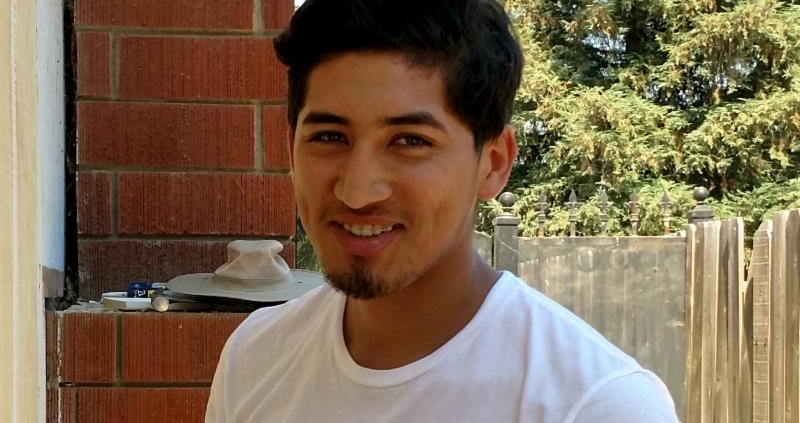 Over many years we have watched as our homeowners lives have changed and their families have thrived. Many find that because their mortgage payments are considerably less than the rent they were paying, they can now afford to save money for school and other opportunities.

This summer we are thrilled to have Daniel working with us in the ReStore and on many of our home repair projects. He came to us in June because he needed to complete 180 volunteer service hours to fulfill requirements for his internship program at William Penn University in Iowa. The truly exciting part of this particular story is that Daniel’s life changed when his mother and father were accepted to participate in Habitat’s home-ownership program in the City of Tulare.

Daniel’s mom and dad applied to Habitat for Humanity in 2006. He remembers his mother praying that they would qualify as the family of six had been living in a two-room house where the four children all slept in the living area.  The mortgage payments with Habitat would be far less than the rent they were paying, and the children would have bedrooms of their own.

Since moving into their Habitat home, Daniel’s father secured better employment and his mother returned to school for her teaching degree and is now teaching high school in Porterville.

The children were so inspired by their parents’ achievements that they all wanted to improve in school and in life. Daniel became student body president of his high school; he went on to receive a full scholarship to William Penn University in Iowa to play soccer and is seeking a degree in Industrial technology. He plans on returning to Fresno State to get his Master’s in architecture and build houses for low-income families. His younger sister is also in college and his little brother is playing in a soccer academy.

He remembers the house dedication in 2007. What impressed him the most was how so many people were willing to give of their time and money to help his family build their home. That generosity changed his life and the lives of his family. His mother and father had always tried to be generous to others whenever they could; even when they lived in the country and had nothing. Seeing that generosity returned gave Daniel the drive to achieve great things in his life. His mission now is to give back to the community that supported him and his family.

Daniel’s family are still living in their Habitat home.

There are more families in our community who need your support. Invest in providing a permanent solution to affordable housing by donating to Habitat for Humanity. 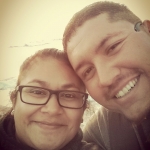 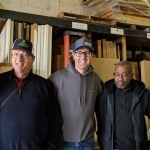 LDS lends a hand at the Visalia ReStore.
Scroll to top