Samee & Nakor and their two daughters lived in overcrowded conditions with multiple families living in a single house with little or no furniture and sleeping on bamboo floor mats. His work as a custodian in a warehouse just didn’t bring in enough money to support his dream of owning his own home. However, he had faith.

Samee’s sister knew about Habitat for Humanity and applied for the homeownership program. Knowing about Samee’s desire to be a homeowner she encouraged him to apply as well. Samee & Nakor made the decision that if their application was not accepted, they would have to move their family out of the community.  Within days of their move date, he found out that their application was accepted and they became the 10th homeowner-partners in Tulare County.

It was a special build with 10 congregations, including the local Christian radio station, joining forces to help fund and build the house with Samee, Nakor and their daughters. Many local volunteer teams joined the build including several groups from Lemoore Naval Air Station.

In December of 2002, the house was dedicated and Samee & Nakor received the keys to their new home, moving the family from substandard housing to a decent and affordable place to live. In 2008 the family joined the Christ Lutheran Church membership and became friends with their pastor, Brian. Samee and Brian spoke for years having long conversations about faith and Samee’s desire to go to seminary and become a pastor for the Lahu community. During one of these conversations, Samee learned that Christ Lutheran Church was a part of the 10 church build and that Brian had not only supported but helped build Samee’s house. It’s a small world.

Samee’s faith was rewarded. He was ordained a Lutheran minister in April of 2018 and on August 7th 2020, Samee & Nakor made their final mortgage payment to Habitat for Humanity of Tulare/Kings Counties. Their oldest daughters are now nurses working at a local correctional facility and their youngest daughter is in high school. Affordable housing made a world of difference for Samee and his family, giving them a chance to build strength, stability and self-reliance. 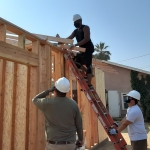 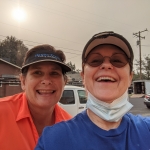 Happy Trails and Habitat-working together
Scroll to top