In late 2016, Ernie worked with his sister to remodel a house for his mother and step-father . As a 14-year-old, it was more work than he expected, and the volunteers who helped his family build their future home, created a mixture of excitement & fear. Would this be a “forever” home, or just another stop along the way?

Five years later he looks back at that time as a true blessing and is grateful for everyone who helped build the Habitat home that would change his future. As Ernie prepares to go to Spartan College of Aeronautics and Technology in Tulsa, Oklahoma, he counts his blessings for the community support, and for Habitat for Humanity giving his family the opportunity to build strength, stability and self-reliance.

Recently, Ernie sat down and talked about his journey with Habitat. HEAR THE INTERVIEW

Donate to support other Habitat for Humanity projects. Ways to Give 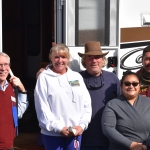 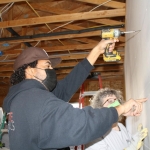