In February, one of the founding forces behind the local Habitat for Humanity chapter passed away. Bob Marshall filled his 96+ years with a commitment to his community and its most vulnerable members fueled by a Quaker-infused sense of justice. From redeveloping a block of old houses in Philadelphia, to leading Self-Help Enterprises through its emergence as a leading community development organization in the Central Valley, to making the dream of a Habitat for Humanity chapter in Visalia a reality.

Bob always “walked his talk”. He was part of the Habitat board that hired Betsy Murphy, the organization’s first executive director. She reflected that Bob’s persistence and leadership was a key driver to those first years of building homes with an all-volunteer team. He, together with Mary Lou Burbery, Bill Decker and many others, brought this crazy idea of “no profit/no interest” affordable homeownership to Visalia. As the organization grew to encompass all of Tulare County and Kings County, Bob and Joy were always there to encourage subsequent generations of leaders.

Recognized by the Visalia Chamber of Commerce as “Man of the Year” in 1993, those of us who knew Bob can only hope to have a fraction of the influence that he had on the lives of so many. He was a leader to be emulated by all. 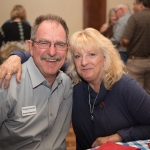 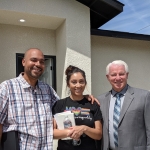