With heartfelt gratitude, Habitat for Humanity of Tulare and Kings Counties announces the retirement of its Executive Director, Dirk Holkeboer, effective June 30, 2021.  Dirk has served as Habitat’s Executive Director for the past 7 years, leading a team that has significantly expanded Habitat’s operations in Tulare and Kings Counties during that time in order to implement Habitat’s effort “to put God’s love into action by bringing people together to build homes, communities, and hope.”

Dirk started his work with Habitat for Humanity International in 1988. Since then, he has served as executive director for local Habitat chapters in Miami, Florida and Holland, Michigan, as well as the Associate Director of Habitat’s Jimmy Carter Work Projects. Dirk also worked with Self-Help Enterprises in Visalia for eight years. In reflecting on 33 years working to develop affordable homeownership opportunities with Habitat and Self-Help, Dirk says that the greatest satisfaction was experiencing the transformational impact on the lives of families from owning a home that they helped to build. “Habitat builds more than houses,” he noted.

Most recently, Dirk and the Habitat team responded to the current public health challenges by finding creative ways to assist the communities it serves.  Despite adverse conditions, Habitat has continued to offer valuable home improvement resources via its ReStore locations in Visalia and Hanford, to provide home repair services to low-income homeowners, and to build homes with families working to improve their lives.

Habitat’s growth and perseverance amidst these challenges speaks to the care and dedication of its entire team.  Habitat is proud to announce that, effective July 1, 2021, Deanna Saldana, Habitat’s Resource Development Director for 14 years, will serve as Habitat’s Acting Executive Director while the organization considers applications for the permanent position

Habitat’s vision is that everyone in the world should have a decent and affordable place to live.  Inquiries concerning Habitat’s Executive Director position may be submitted to habitatrecruit21@gmail.com.  Applications will be accepted through June 30. 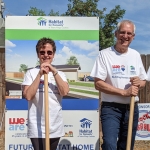 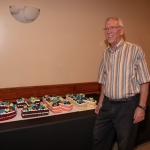